Royal experts have criticised graphic scenes in The Crown which portray Princess Diana’s struggle with bulimia.

In one distressing sequence Emma Corrin’s Diana is shown putting her fingers down her throat to be sick following a heated argument with Prince Charles.

In another, she is seen gorging on desserts before again forcing herself to be sick in a toilet in the palace.

Some of the scenes are so graphic that viewers are given an on-screen warning at the beginning of the three episodes where her bulimia is depicted.

Royal biographers have asked whether The Crown could have treated the subject with greater sensitivity.

Writer Ingrid Seward told the Daily Mail: ‘It was a significant thing in her young life, so I think it needed to be depicted in some way.

‘It would have been absolutely fine having her bending over the loo, but I don’t think you need quite such detail. I think it perhaps was a bit over embellished.’

The Queen’s ex-press secretary Dickie Arbiter said the drama could not ignore Diana’s bulimia but added that it was important for viewers to remember that ‘the script is fiction, the words are fiction and some of the actions are fiction’.

In 1991 Diana told biographer Andrew Morton: ‘The bulimia started the week after we got engaged.

‘My husband put his hand on my waistline and said something like, “Oh, a bit chubby here, aren’t we?” And that triggered off something in me.

‘I remember the first time I made myself sick, I was so thrilled.’

Emma Corrin has previously told how the graphic portrayals of Diana’s bulimia were written into the script at her request.

‘I felt that if we were trying to depict bulimia in an honest way, we had to actually show it – otherwise it’s a disservice to anyone who has been through that,’ she told the Radio Times. 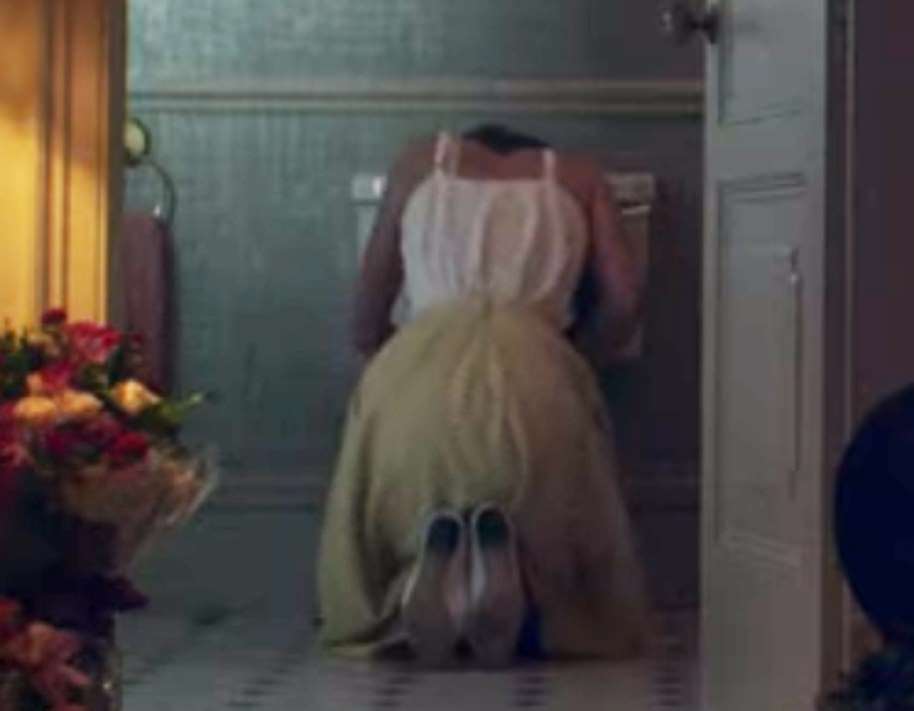 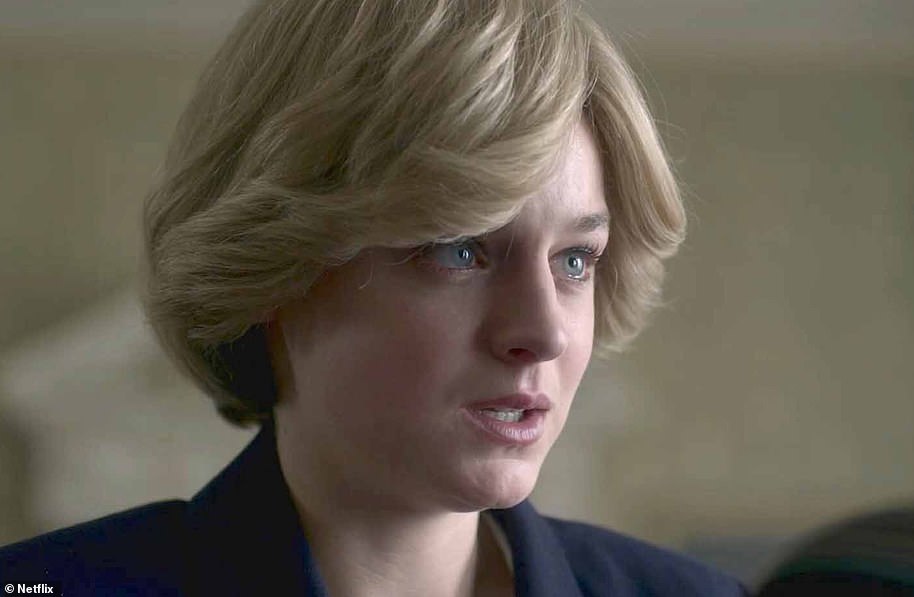 The Duchess of Cornwall has faced a tirade of hate comments from social media trolls after The Crown falsely suggested she had an affair with Prince Charles throughout his marriage to Diana.

Online comments by viewers of the programme reveal that many have accepted the fake storylines as historical fact – including the incorrect assertion that Charles and Camilla conducted an affair throughout the Prince’s entire relationship with Diana.

In reality, Charles had practically no contact with Camilla for five years after his marriage in 1981.

Many of The Crown’s audience have also been fooled by the depiction of Charles and Camilla’s close friendship on Twitter.

One expressed shock that Charles and Camilla had enjoyed a ‘fully fledged affair’ from the start of Charles and Diana’s relationship.

In fact, Charles and Camilla’s affair resumed in 1986 – by which time the marriage had, as the Prince himself famously put it in a TV documentary, ‘irretrievably broken down’.

Royal experts said the portrayal of Charles and Camilla was yet another example of the Netflix series failing to portray the Royal Family truthfully.

Author Sally Bedell Smith, who has written biographies of the Queen, Charles and Diana, said: ‘I am very sad to say that I have heard it over, over and over again that people take The Crown at face value and they believe everything they see in the series, and that includes Charles and Camilla.

‘The notion in the programme that he entered into his marriage cynically with a view to continuing with Camilla and putting his new wife on the side is exceedingly dishonest and damaging. It is just simply not true.’

Ingrid Seward, editor-in-chief of Majesty magazine, said: ‘The Crown is a very one-sided portrayal, which is really the Diana version. The sad thing for people viewing it is that they are going to take it as the correct story line, which it isn’t at all.’ 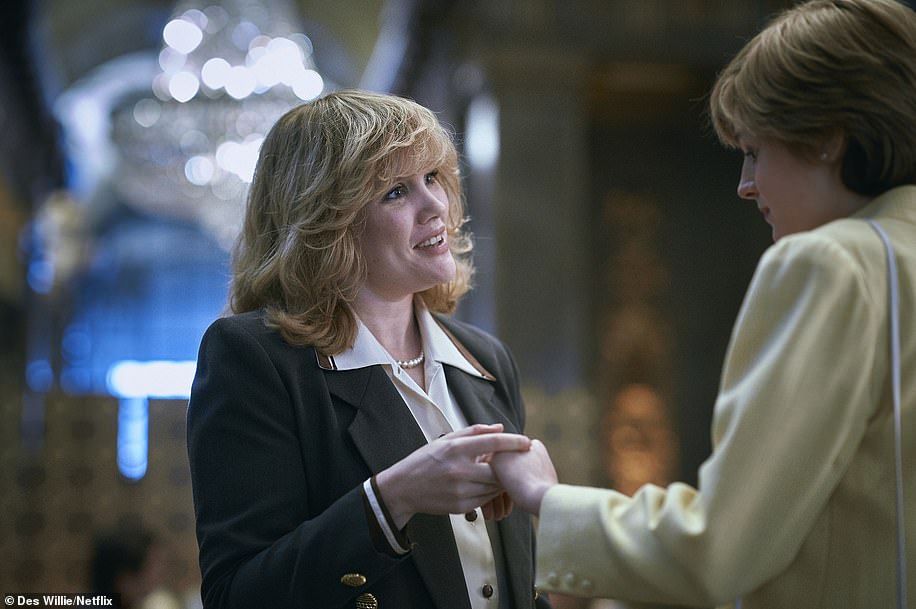 Many viewers of the show (pictured)  appear to have accepted the fake storylines covering Charles, Camilla and Diana as historical fact

Despite initially enjoying seeing his wife prove such a success Down Under, in the drama Charles becomes resentful, especially after crowds boo when he turns up at engagements alone.

In one scene he arrives at a polo match and falls off his horse, prompting laughter from the spectators. At a dinner, guests laugh at Diana’s wry reaction to his comment about how lucky he is to have her as a wife, but fail to raise a smile when he cracks a joke himself.

The pair have an argument back at their hotel, with Charles childishly declaring: ‘I don’t deserve this, this is supposed to be my tour, my tour as Prince of Wales to sure up one of the key countries in the Commonwealth at a very delicate time politically… thanks to you people are laughing at me, booing in my face.’ 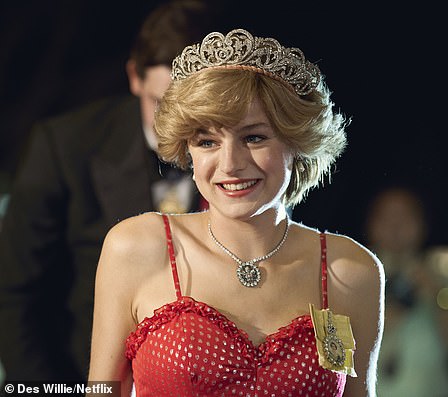 Despite initially enjoying seeing his wife prove such a success Down Under, in the drama Charles becomes resentful, especially after crowds booed when he turned up at engagements alone

Things become decidedly frosty between the pair again, and it takes its toll on Diana, who is seen succumbing to her eating disorder once again. She even pays a visit to the Queen on their return, telling her she ‘doesn’t know who to turn to anymore’ and she’s ‘struggling’.

When the monarch questions why so, after such a successful tour, Diana replies: ‘I don’t consider it a triumph if after it my husband and I are wretchedly unhappy.’

In another episode, Diana and Prince Charles can be seen arguing about her solo trip to New York, with the Prince of Wales telling her: ‘Every time we do talk it ends in an argument, I say silence is preferable.’

He calls her plans to travel to New York alone ‘an ugly piece of self-advancement.’

Prince Charles slams her as ‘barely in a fit state psychologically to see the hairdresser, let alone represent the crown’.

Later, they come together for a meeting alongside their advisers, with Prince Charles team telling Diana the schedule appeared ‘challenging, with several appointments each day.’

And when her team attempt to assure that she is ‘an exemplar of health’, Charles team point to her ‘mental health.’

They go on to criticise whether she will be able to cope with what is required of her, as well as being away from her children for an extended period.

The late princess was left petrified of travelling, and breaks down over her fears about the ‘failure’ of a trip, saying: ‘I’m in hell. He hates me and just wants me to fail. He tells everyone I’m mad. They treat me like I’m mad. And I’m starting to feel mad. Why did I agree to this trip? I’m going to fall flat on my face.’

Yet Diana is met with adoring cheering crowds at the airport, with people lining the streets to applaud the princess wherever she goes.

Her trip, which lasts three days, includes a visit to the Henry Street Settlement [a not-for-profit social service agency in the Lower East Side neighbourhood of Manhattan] and a charity gala at the Brooklyn Academy of Music.

She takes the highly unusual step of hugging a young boy with AIDS while visiting a hospital in Harlem.

Meanwhile the press praise her as reaching new heights without her husband Prince Charles.

When they are united after her trip, Prince Charles tells her that her ‘capacity for self-delusion never ceases to amaze me.’

He continues: ‘We are all glad you are back where you belong without too much damage being done.’

He tells her she is ‘selfish’ and she spend the trip ‘grandstanding’.

Prince Charles goes on to bellow at Princess Diana that ‘he cares about Camilla’ and accuses her ‘of hurting her’, saying: ‘If you hurt her, you hurt me.

After shouting into the royal’s face, Prince Charles tells her: ‘If you have a complaint about this marriage, I suggest you take it up with the people who arranged it.’

Princess Diana’s solo trip to New York was documented in the final episode, where she is seen hugging a young boy who has HIV in a visit to a Harlem hospital