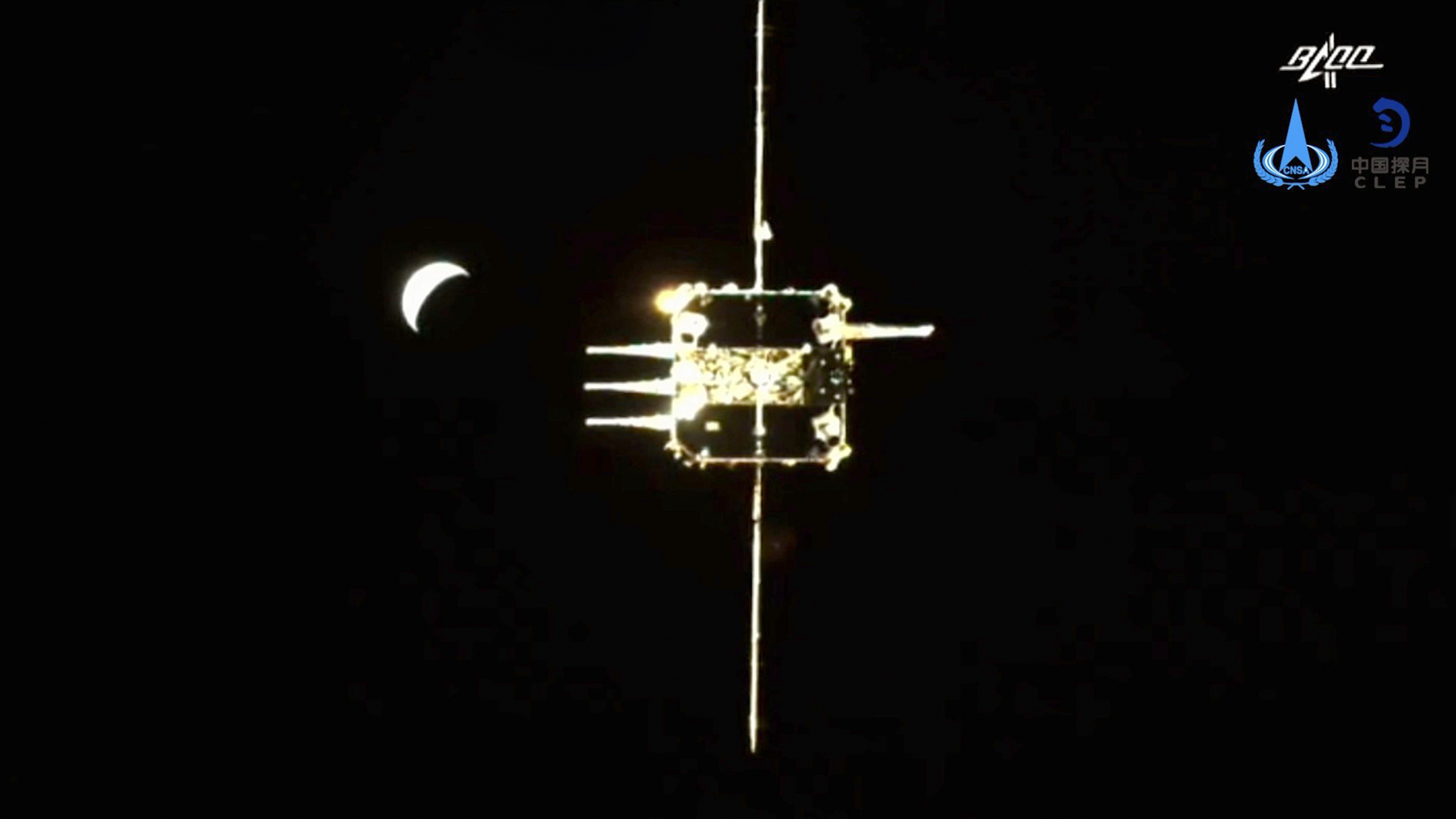 The ascender of China’s Chang’e-5 probe successfully rendezvoused and docked with the orbiter-returner combination in lunar orbit at 5:42 a.m. BJT on Sunday, the China National Space Administration (CNSA) has announced.

This is the first time Chinese spacecraft have carried out a rendezvous and docking in a lunar orbit.

The samples collected on the moon weighing roughly 2 kilograms have been transferred from the ascender to the returner, said the CNSA.

Chang’e-5’s mission is one of the most complicated in Chinese aerospace history, as well as the world’s first moon sampling mission in more than 40 years.

The Chang’e-5 probe, comprising an orbiter, a lander, an ascender and a returner, was launched on November 24, and its lander-ascender combination touched down on the north of the Mons Rumker in Oceanus Procellarum, also known as the Ocean of Storms, on the near side of the moon on December 1.

After the samples were collected and sealed, the ascender took off from the lunar surface on December 3.

The orbiter-returner will next separate from the ascender, and wait for the right time to start its journey back to Earth.

(With input from Xinhua)